“Can I afford a house?” is the wrong question

“Can I afford a house?” is the wrong question.

By Sarah McMurray: Relating To Money

If you (or anyone you love) is at the point in life when buying a house seems like a good idea, then you’re probably aware that getting a mortgage today is not as easy as it once was.

Back in the olden days (up to mid-2021ish) the banks appeared to accept your word for how much you spent.

They gave out a form that listed every expense in the known universe, and you put a number next to each one.

Some of the numbers were easy as – grocery spending, insurance, average power bill.

Some of them were hard to know – what’s your average monthly spend on clothes?  Healthcare?  Car repairs?

Unless the answer is “Nothing – I don’t have a car”, or you track all your spending, no-one knows the true answers to those questions.

So you’d put forward your best guess, hand-on-heart not trying to lie, and the form would show that you ended each month with a huge pile of cash.  Which, although you were saving for the deposit, um, no, that can’t be right.  Not that much.

The bank would run its numbers based on a higher interest rate than the one they would be charging you to start with, allow a terrifyingly tiny amount for living expenses (which it kind of looked like you could manage, based on your form’s numbers) and check that there was enough left over to pay rates and insurance.  If there was, good news!   Assuming your deposit was in order, you could borrow an insane amount of money!

Now the banks pay no mind to what you say you spend, but are all over what you have actually been spending.  They run your bank statements through software which tells them where all your money has gone for the past three months.   If the software shows spending patterns that they don’t like, the answer is no.  They no longer assume that everyone can make the terrifyingly tiny amount for living expenses work.

And they’re right: not everyone can.  While some can slam on the spending brakes and go full-frugal, others find themselves constantly extending the revolving-credit mortgage to pay off consumer debt, which can mean they reach retirement age and still have years of mortgage payments ahead of them.

So the new question for would-be home buyers is not, “Can I afford a house?”  It’s “Can I change my spending?” 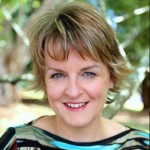 Relating to Money aims to help you figure out the underlying emotions and beliefs behind any behaviours that are detrimental to your financial health and replace them with life enhancing alternatives. This isn't about about making you live the kind of lifestyle where buying coffee at a cafe is a punishable offence! Rather, Relating to Money will endeavour to help you identify and overcome any issues you may have when dealing with your finances.

7 Tips about Work Life Balance and being a Mum

Why It’s Hard to Get A Mortgage In NZ

How To Afford A House – Pitfalls Of Increasing Your Income